A couple of years ago I started using my own laptop at work under the policy of bring your own device although to me it wasn’t about the device, it was about bringing a free computing platform I can trust, a GNU/Linux distribution, and many free and powerful applications, all to improve my short-term and long-term effectivenes as an engineer. This however changed my needs regarding battery life, screen brightness and form-factor. And with the recent dying of my Lenovo Thinkpad T60p, I desired an upgrade, to be able to destine my current Lenovo Thinkpad T61 to become my backup.

Currently there are plenty of interesting developments regarding more free laptop projects, which are even destined to pass the FSF Respects Your Freedom certification. Specifically the Novena laptop, the Libreboot X200, other corebooted Thinkpads, the Librem laptop, and the EOMA68 15 inch laptop. Of this set only the Libreboot X200 and the Librem seem to provide the desired technical upgrade relative to my T61. The Librem seems more ideal, but import taxes would drastically increase the already hefty price. Eventually the Libreboot X200 seemed to be the best deal around, and that’s probably why it is used by many FSFE contributors.

However eventually I decided to go another route, in retrospect mainly driven by technical aspects of an even longer battery-life, an even brighter screen, and an even smaller form-factor. I decided to use a converted Acer C720 Chromebook, more specifically the C720P model bringing more RAM, a larger SSD, a touchscreen and a white housing. Also there are quite a number of copies available second-hand, reducing the cost. Having an X86-architecture supported by SeaBIOS, the level of freedom on the C720P can be increased rather easily. Removing an internal screw allows the BIOS to be reflashed, and thanks to John Lewis amongst others a free SeaBIOS payload is available to flash the laptop using coreboot. I must admit this laptop wouldn’t pass the FSF’s Respects Your Freedom certification, due to the Intel Management Engine and VGA BIOS, which are on the coreboot tasklist. 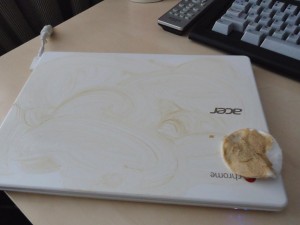 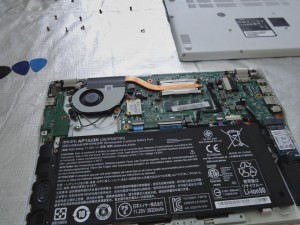 Although I’m somewhat of a tinkerer, I left the freedomification to my Dutch FSFE Fellow Kevin Keijzer. He has flashed his own Acer C720 with coreboot, having used it since early 2014. We agreed on a fair price, as free software isn’t about free as in gratis, it’s about free as in freedom. I must admit I was pleasantly surprised by the level of service I was given. The laptop was buffed to remove scratches, reflashed, pre-installed with Ubuntu GNOME according to my specifications, configured with all the right shortcuts and device-specific configurations, and subjected to a test run to make sure everything was working correctly. As a finishing touch, to remind me about practices by other vendors preloading unwanted media, I was given my best preloaded media yet. I donated my defect T60p to Kevin’s effort on creating freedom respecting laptops from discarded Thinkpads. 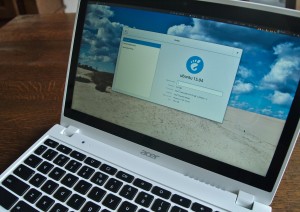 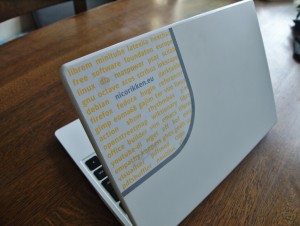 I strongly encourage anyone to contact Kevin for his Quiet Life Linux Services to experience his level of expertise and great level of service. 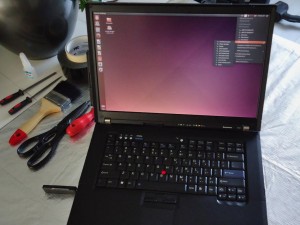 Now having two operational laptops with two slightly different use-cases, I’m even more encouraged to finish my syncing setup. So far my synchronization is done using Syncthing, Mozilla Sync, my own Freenas build, and a remote OwnCloud server, but more on that later.